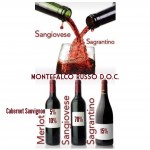 ZIGGURAT 2010 MONTEFALCO ROSSO DOC (www.tenutelunelli.it) is an elegant expression of old world grace and charm.  Ziggurat is used to being handled with care, her grapes are harvested by hand!  Her development is multifaceted, and the varietals in this vintage shapes Ziggurat’s existence. The Sangiovese feminizes the boldness of the Sagrantino, the Merlot gives her smooth curves, and the Cabernet Sauvignon adds additional structure and character.  She is exposed to stainless steel, then she’s influenced by French barriques (225 litre) and tonneaux (500 litre) for 12 months, which is raved about by first class European ladies.  Like a true debutante, Ziggurat is not considered mature enough to be introduced to the world until she spends at least another 6 months in a glass bottle.  Ziggurat’s body is well rounded and sturdy, with time her tannins will eventually macerate more and relax.  Ziggurat can hold her own or complement a meal.  In the words of the Lunelli’s, “Time Governs the Life of Their Wines,” and as Ziggurat continues to mature, refine, and exist, her beauty will 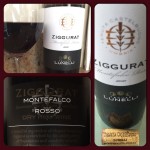 only become more expressive and appealing to the eyes, nose, and mouth! 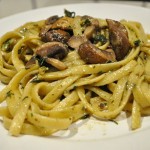 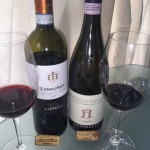 ANTONELLI 2007 MONTEFALCO SAGRANTINO DOCG (www.antonellisanmarco.it) designation is well deserved—the clay soils and the ancient soul of Umbria, are exquisitely, expressed! This eight year old, in the scheme of things, is still young.  The high levels of polyphenols, in his DNA, will allow him to age slowly and handsomely!  This youngster exhibits rich, deep, ruby hues, and is structurally balanced and well behaved. Sagrantino’s acid, tannins, and alcohol content “play” together and complement each other, cordially!  He’s keen, dry, carries some weight, and crosses the finish line with grace! This youngster is RAVISHING and PRECOCIOUS! 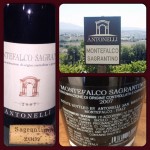 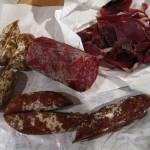 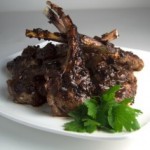 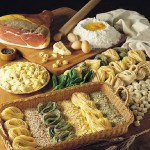 I Have A Crush On Heron Hill!